On 6 December 2007 an echidna was found curled up under a parked car in the carpark at the corner of Park Street and Nicholson Streets North Fitzroy. 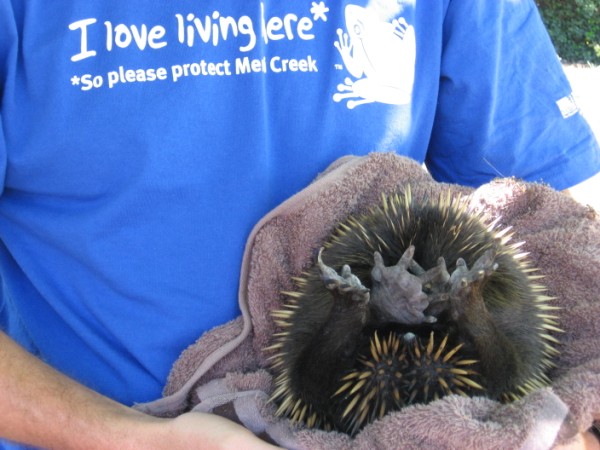 How did it get there? It probably followed Merri Creek from the outskirts of Melbourne to Rushall station and then turned west along the old outer circle railway line parkland.

How unusual is that? Well not all that unusual. Over the last decades increasing numbers of echidna have been reported along Melbourne's northern waterways.

Why would they want to come into Melbourne? We don't know. Maybe its to eat the Argentine ants that have become a plague in the northern suburbs. Maybe they're being forced into the suburbs by adverse conditions further north. Or maybe the revegetation programs along the waterways are providing improved habitat. 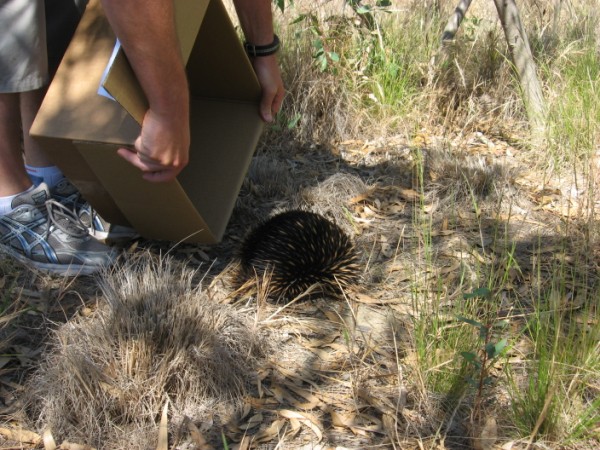