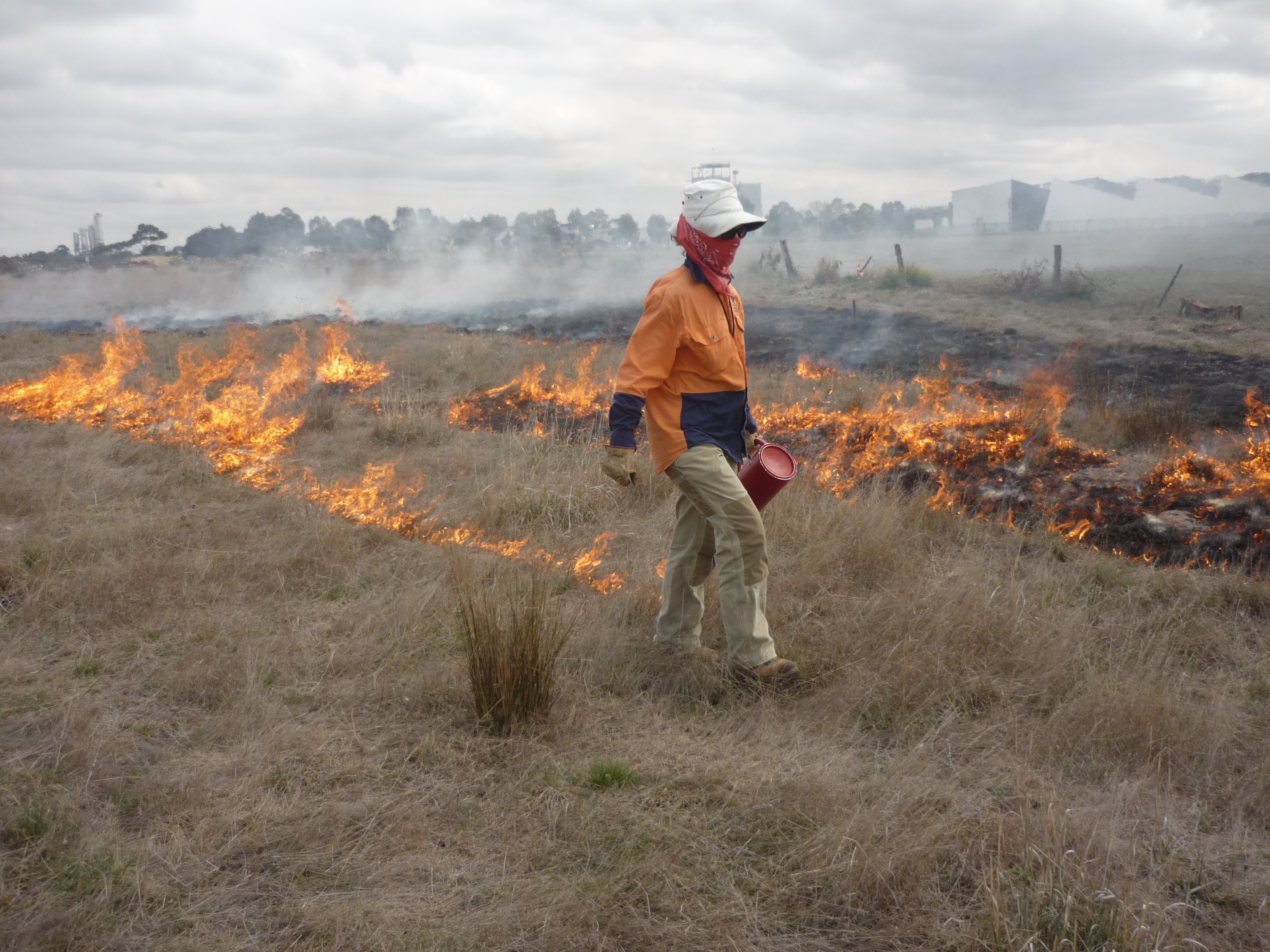 The 2016 winter and spring was wet.  Really wet.  So there was whopping grass growth. We reckoned the GSMs would have a bad year.  In other wet years we have seen low numbers, presumably because the moths choose not to emerge when dense grass makes it hard for GSM males to find displaying females.  We did indeed see much lower numbers at two sites, as expected.  However, at a third site we had high counts compared to other seasons.  The network of GSM surveyors also reported high numbers at some sites.  The common factor at these high count sites was that grass had been reduced by grazing livestock or kangaroos, by fire, or by mowing.

This raises some questions for reserve managers.  Could a well-timed slashing of grasses have increased moth activity this season?  Is it important to maintain high activity most seasons?  How many years of low activity can a moth population survive?

At the tiny Amberfield Reserve in Craigieburn, we once again saw GSMs being eaten by Willy Wagtails that use fences as hunting perches. Last year we wrote up our observation (in the December 2016 journal of the Victorian Field Naturalists) that bird-scarer tape installed by Hume City Council seemed to deter the Willy Wagtails from using the fence.  Unfortunately, this season the Willy Wagtails had obviously become used to the tape and were once again using the fence as an observation point to launch attacks on the GSMs.

The Willy Wagtails are a native bird and probably always ate GSMs so what’s the problem? Well, in the age-old  pursuit of GSM by Willy Wagtails we’ve tipped the scales in favour of Willy in two ways.  ‘Safety in numbers’ is the GSM's main strategy to live long enough to mate and lay eggs; to overwhelm predators by emerging all at once.  When a population is divided into small sub -populations, this strategy is less effective.   Secondly - we have added lots of perches; fences, posts and signs, to the formerly open grassland landscape.  Predators that once had to chase the moths across the grasses can now sit on a fence and pounce on a passing moth with much less effort.  When the reserve is small, no part is very far from a fence or post, or from a wily Willy Wagtail.

It’s back to the drawing board for this problem.

In December,  MCMC crew members found GSMs at the Say G’day trail reserve in Heathcote Junction.  This linear reserve follows a gas pipeline with one end of the reserve in the Merri catchment and the other sloping down to a creek that flows to the Goulburn River.  MCMC doing contract work here to revegetate grasses over the top of the recently duplicated gas pipeline.  Over the decades, management to maintain open ground around the pipeline has fostered a grassy groundstorey rich in lilies, orchids and the Common Yam Daisy (Murnong).  It has also maintained good habitat for GSM.  This population falls between those on the Volcanic Plains to the south and those north of the Divide at Yea and Broadford.  Since working here in 2015, MCMC crews have found other rare species including the Rare White-spot Skipper Butterfly and the Dwarf Boronia - not bad spin-offs from our ‘real’ work!

MCMC has been following some GSM populations with community assistance for nearly ten years.  Only through these long-term projects, can we learn which population changes are due to natural fluctuations and which result from the changes we humans make to their environment.