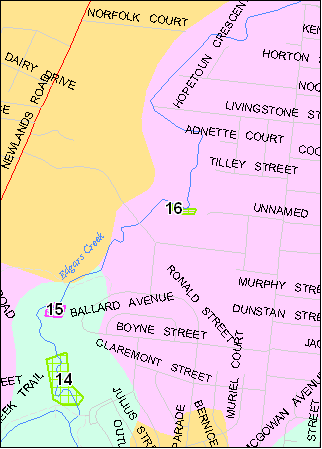 SITE DESCRIPTION: The site is an 8 metre high cliff of gently dipping Melbourne Formation sediments exposed above the left bank of Edgars Creek. The creek flows westerly along the strike of the sediments for about 100 metres. North form this point, Edgars Creek is a lateral stream flowing along the eastern edge of a lava flow that displaced the ancestral stream and moved it eastward against a high ridge of Silurian rock. The creek has cut into this rock in much the same way the Yarra River has cut into similar rock at Studley Park, Kew. Three hundred metres north, an old road cutting near Adnette Street also exposes Silurian sediments. On the right bank of the creek are outcrops of basalt showing this to be the edge of the lava flow.

The site is the best natural vertical section of Melbourne Formation sediments in the study area. When examined in conjunction with the basalt outcrops on the opposite bank, it illustrates the impact of the lava flows on the development of the Edgars Creek valley.

CLASS 3. The site is not easily accessible but may be safely viewed from the opposite bank. The site could be damaged by material being dumped over the bank. Property managers on the adjacent private land should be made aware of the significance of the site to avoid inadvertent damage in this way. 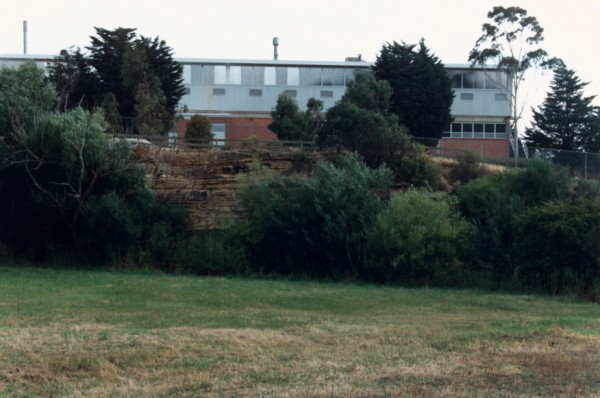