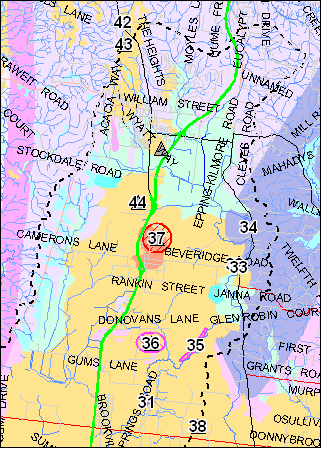 SITE . DESCRIPTION: Hayes Hill is a small scoria dome with a final lava flow towards the south. Near the vent on the northern crest of the hill the lava flows preserve original structures but beyond this they are weathered. There were several eruptive episodes from this volcano and it is likely that the youngest lava flow followed the ancestral Merri and Darebin Creeks to the valley of the Yarra River at Kew causing the temporary damming of that stream. This flow continued down the Yarra Valley to the present site of Melbourne.

SIGNIFICANCE RATING: REGIONAL
Although not a conspicuous eruption point, this is a significant site as the likely source of lava that determined long-term landform development along the Merri and Darebin Creeks and Yarra River.

SITE SENSITIVITY, THREATS, POTENTIAL UTILISATION
CLASS 2. The current agricultural land use is compatible with maintaining the geological and geomorphological values of the site. The site would be threatened by smaller farm development or subdivision or extensive quarrying. 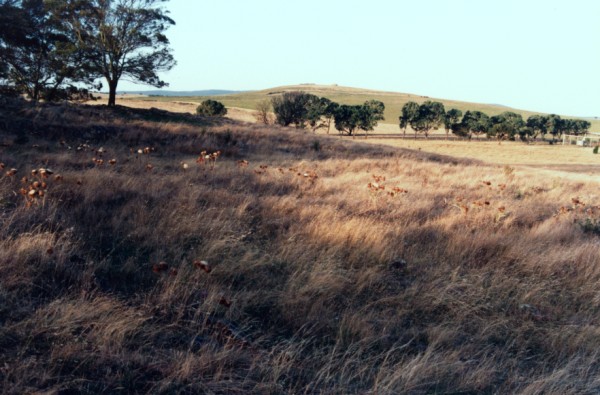