There is less than 2% of Victoria’s original volcanic plains grasslands remaining. These grasslands are listed as critically endangered by the Federal Government.

This is why Galgi Ngarrk (Craigieburn Grassland Reserve) is so important. The Wurundjeri people have named the reserve Galgi Ngarrk meaning "Back Bone," as it's the largest native grassland in Parks Victoria's new Merri Creek park - to be called Marran Baba or "body of mother." The grassland covers approximately 400 hectares between Craigieburn Rd East and OHerns Rd in Melbourne's outer north. It contains Nationally Significant endangered plants such as the Matted Flax-lily Dianella amoena and Curly Sedge Carex tasmanica. The grassland is also home to Nationally significant fauna such as the Striped Legless Lizard, the Plains-wanderer and the Golden Sun Moth.

The Golden Sun Moth is a sun loving moth that is found at Galgi Ngarrk. The moth was only rediscovered in this area in 2003. Individuals start emerging from their cocoons around mid-November and are rarely seen later than mid-February. They live out their short adult life span in only a few days. See the Golden Sun Moth Lifecycle. 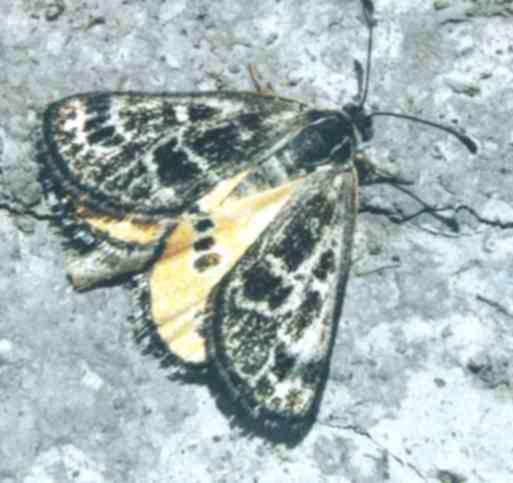 This critically endandered animal has made a friend in the Friends of Merri Creek who have planted 7,500 small wallaby grasses in the Craigieburn Grassland Reserve. These wallaby grasses are the favoured food for the Golden Sun Moth caterpillar . The female is thought to lay her eggs in the base of the grasses.

The grasses also provide a playground for the mating dance, with the male moth patrolling the grasslands between 11am and 2pm on sunny days, flying rapidly about a metre above the grass searching for females to mate with while dodging predatory dragonflies and birds.

Females rarely fly. They sit on the ground and flash their brilliantly coloured wings of metallic gold to attract the male (photo above: female Golden Sun Moth).

The Friends of Merri Creek and Merri Creek Management Committee have undertaken surveys of this critically endangered species. See this detailed report on the Golden Sun Moth surveys (pdf). 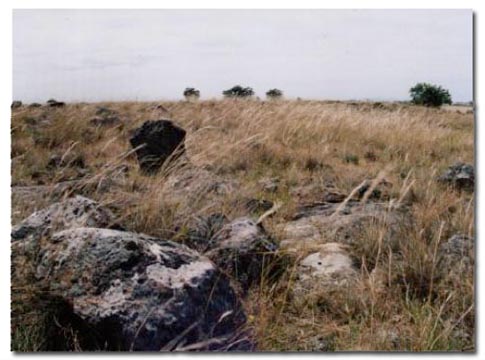 Galgi Ngarrk is made up of Plains Grassland, Grassy Wetland, Stony Knoll Grasslands and Escaprment Shrublands

The Plains Wanderer is a small, rare ground-dwelling bird found in lowland grasslands, such as Galgi Ngarrk.