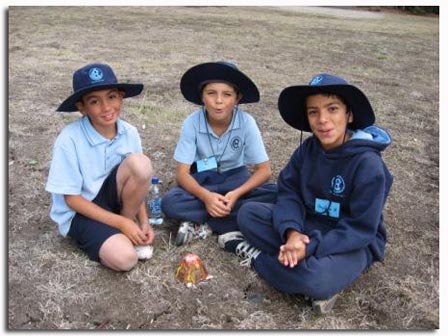 The program allows school students to explore time and Indigenous culture with local examples of volcanic activity that occurred over five million years ago and is visible in many places such as Galada Tamboore in Campbellfield.

Students are taught that hot lava once flowed through the area and that the abundant basalt rocks so common in our area are the remains of the ancient lava flow. They are also taught that the hills in the north of the Merri Catchment—Mount Ridley, Bald Hill and Mount Fraser—are actually inactive volcanoes.
Volcanoes Rock! highlights the special ecological communities associated with this eastern-most part of the Victorian Volcanic Plains bioregion. This concept opens the discussion about the uniqueness of our local area's plants and animals and how the eastern-most part of the Volcanic Plains overlaps with the western-most area of Wurundjeri Country.

Volcanoes Rock! educates students visiting grasslands and creek valleys or in classrooms, bringing attention to ‘air bubbles’ that formed in the cooling lava, and became basalt (bluestone) rocks.  In some areas, such as Clifton Hill, students are able to see first hand how the Merri Creek has slowly ‘cut’ into the lava over millions of years, exposing the rocky escarpments which today forms perfect habitat for insects, small animals and birds of prey.

Photo: After walking and talking in nearby rocky areas students get an opportunity to 'travel' five million years back in time, creating a lava flow of their own using model volcanoes.

Test your volcanic knowledge. Find out the Answers 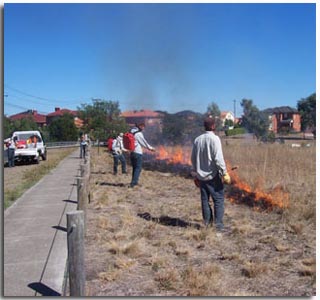 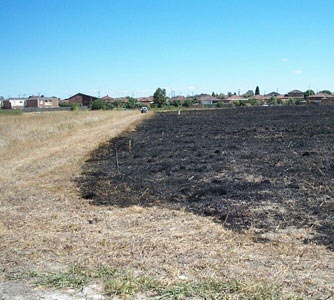 The students discovered that we conduct these ecological burns for many reasons - weed management, to regenerate indigenous flora and to reduce the risk of wildfire. These conservation students discussed the issues of burning in an urban environment. Then by looking at past burning strategies they planned the burns for the next 2 years. Find out more. 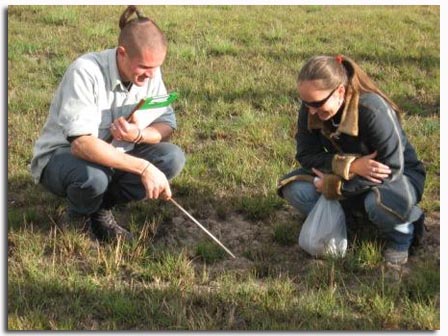 For enquiries about any of our environmental education activities or to make a booking contact Angela on 9380 8199 or This email address is being protected from spambots. You need JavaScript enabled to view it.