SITE DESCRIPTION: The site is the broad erosional basin floored with alluvium and crossed by the meandering channel of Merri Creek (see Introductory Note page 70). The features of special interest are: (a) the development of this broad erosional feature; (b) the small flat-topped hills of Silurian rock (one capped by basalt) not covered by alluvium inside the basin; (c) the meandering course of the Merri Creek and the cut-off meander developing.

The basin is an unusual feature in the context of the Merri Creek. Other broad flood basins upstream are a result of the stream being blocked by lava flows and are not erosional in origin.

CLASS 2. The site is not being damaged by its present disuse. Dense weed growth inhibits access. The major features of the site would be lost if the area was regraded or utilised as a water storage. If the area was utilised as a flood mitigation basin, the major site features would probably survive. The site could be utilised by geological interest groups but has little public utility as a significant site access tracks were cut and maintained. 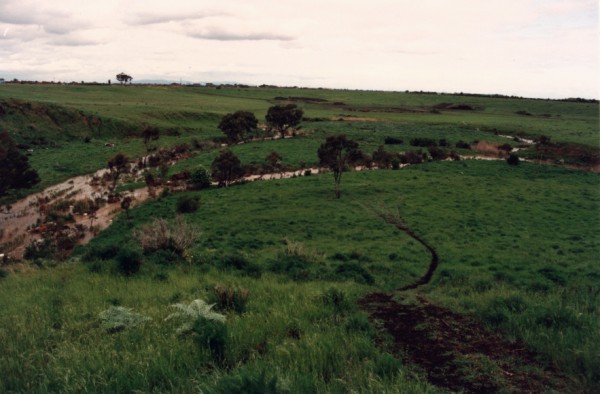