Our latest Fauna and Flora report summarises 53 sightings from our fauna book between October 2017 and September 2018.  An online workbook now enables our staff to record sightings in the field. Some fauna sightings are strong indicators of ecological health with implications for current and future conservation priorities.

Platypus sightings continued in 2017-18 with one seen in the Merri Creek at Coburg in June 2018 and one observed from the Blyth Street Bridge in Brunswick East in July 2018. Community members submitted these reports directly to MCMC and via the Friends of Merri Creek Facebook page.

Eastern Rosellas are rare in the lower Merri, but common at Darebin Parklands. Multiple reports of a pair of Eastern Rosellas in East Brunswick in 2017 and continuing to 2018 indicate that this species may be able to recolonise the Merri.

The most actively visited flowers during a community survey of plant pollinators in November 2017 were those of a planted Fireweed Groundsel, Senecio linearifolius, at Moomba Park Fawkner. This is a relatively common native daisy in Victoria, but is known from just a single location on the Merri. As a result of this survey, renewed efforts were made to propagate and plant this species in sites managed by MCMC, including Aitken Creek in Craigieburn during 2018.

A Melbourne Water-funded conservation project for White Elderberry, Sambucus gaudichaudiana, began with taking cuttings from ten remnant plants on the Merri in 2017. In June 2018, nineteen resulting plants were planted at Northcote and Craigieburn and appeared to be thriving at the time of writing. Project partner, Victorian Indigenous Nurseries Cooperative, also reported raising 200 seedlings from the plants' berries. These successes will contribute to building a conservation program for this locally rare plant.

The endangered Tough Scurf-Pea, Cullen tenax ,was observed flowering at Laffan Reserve, just south of Kalkallo, in December 2017, nearly a decade after it was last seen at the site. This is an example of a group of short-lived plants that persist as soil-stored seedbanks, sometimes re-appearing after years of apparent absence from the landscape. 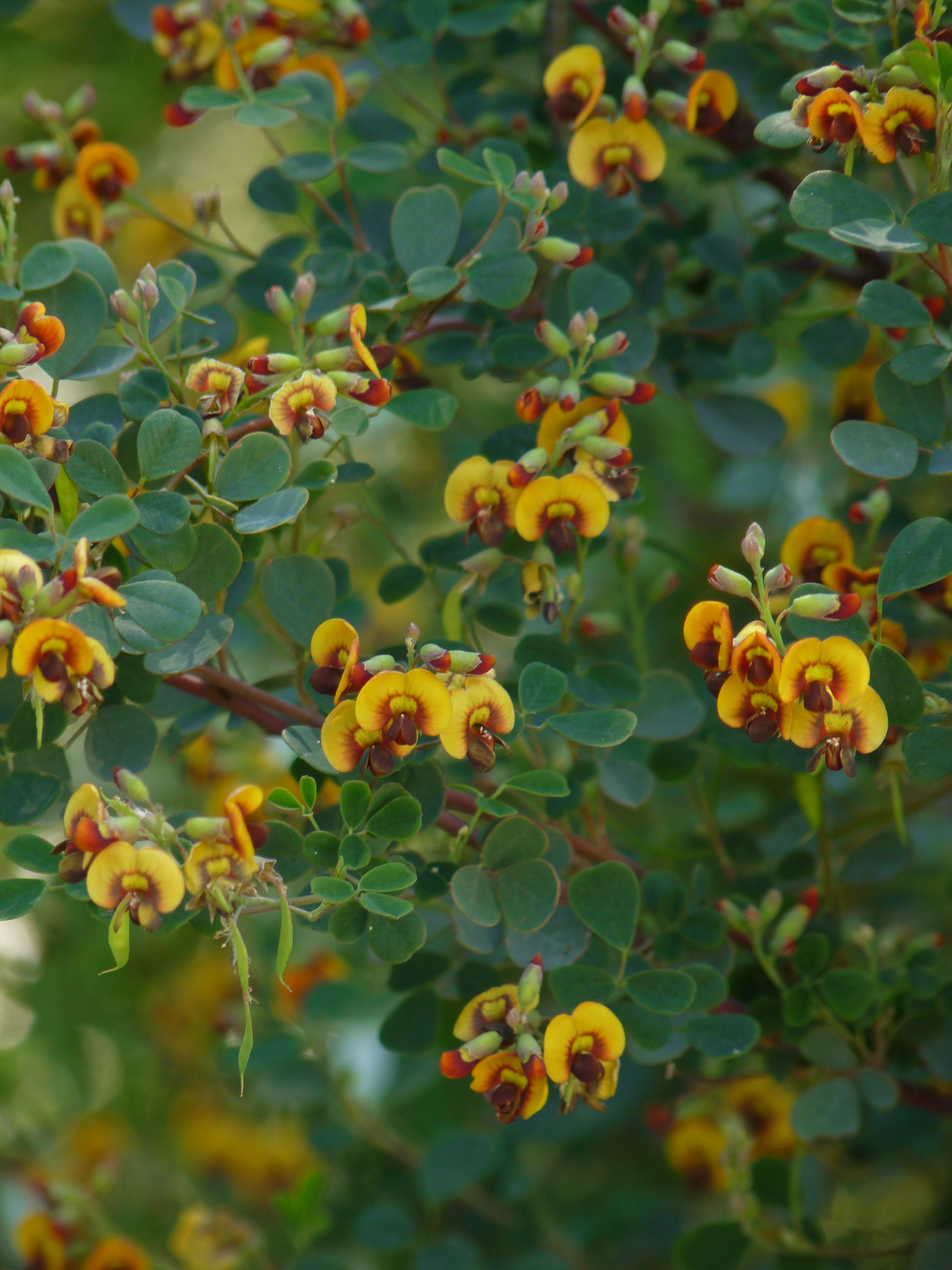 In January, volunteers from VINC and CERES were on hand at Galada Tamboore East in Thomastown when MCMC staff identified dozens of recently emerged shrubs of the rare Western Golden-tip, Goodia medicaginea, a species not been seen at this location for over ten years (photo). Friends of Merri Creek subsequently received a grant to conduct restoration at this species-rich site over the next three years. 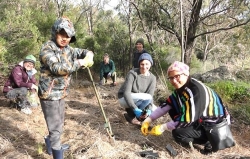 In early 2017 the Friends of Merri Creek was awarded a Community Grant from Melbourne Water to establish new populations of endangered Matted Flax-lily (Dainella amoena) along Merri Creek in Reservoir. The project was rolled out with significant assistance from Merri Creek Management Committee. Five new populations were established to link three nearby fragmented remnant populations of the species and to provide a crucial stepping stone for the Matted Flax-lily's native pollinator, the Blue Banded Bee. Fifty-five volunteers helped to plant 1600 indigenous plants, including rare wildflowers, that will help control weeds and provide habitat for local fauna and pollination partners for rare wildflowers.

See the photo story of the completed grant, showing before and after photos - here. 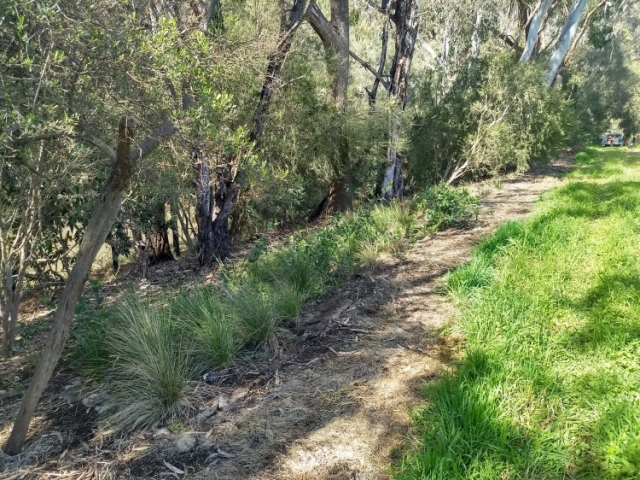 Merri Creek Management Committee completed work on the Big River Project in late 2018. This was a partnership project with Collingwood Children’s Farm. It was focussed on a 1km stretch of vegetation along the edge of the Yarra River in Abbotsford, controlling high threat weeds such as Pampas Lily of the Valley and Wandering Tradescantia. With the help of wonderful volunteers, over 1,000 understorey and mid-storey plants were added to the site, providing much needed stabilisation and biodiversity to the river bank. See the before and after photos here. The project was funded by a Melbourne Water Community Grant.

We have been successful in grant application to continue this restoration work in partnership with the Collingwood Children's Farm in 2019. (Photo: Indigenous understorey of Tussock Grass and Hop Goodenia establishing on the Yarra River bank.) 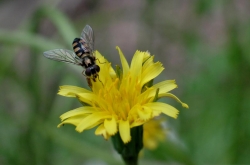 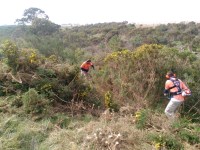 Merri Creek Management Committee (MCMC) completed two 18-month long restoration projects along the Merri’s middle reaches in early 2018.  Both projects were funded by Melbourne Water grants. The Loving Laffan project saw MCMC take on the Weed of National Significance, Gorse (Ulex europeaus), along a one kilometre stretch of Merri Creek south of Laffan Reserve in Craigieburn North. Dense infestations were controlled along several hectares of endangered Escarpment Shrubland vegetation. The planting of 200 indigenous shrubs restored some of the habitat values that had been provided by the Gorse. Hume City Council’s Bushland Management Team assisted MCMC staff in this physically demanding task. During this work we discovered a previously unrecorded population of the critically endangered Golden Sun Moth and a population of Emu Foot (Cullex tenax), an endangered pea not seen locally in over a decade.